If you stumbled upon this article, you’ve probably had your nose buried in a travelogue, your mind running helter-skelter to choose a place to visit. We have a different suggestion that may help you choose from this labyrinth of choices. Read a book!

Yes, I’m serious. Books create a yearning in us to be explorers and adventures. A book has the magical quality of making any place seem extra special. They can transform even the most ordinary-seeming place into a magical one. Or show you a beauty that has been long overlooked and is waiting to awaken to the touch of your regard.

Books inspire wanderlust in most of us who may be adventure-abhorring Bagginses, but also secretly possess the spirit of a Brandywine and are just awaiting Gandalf (150 points if you got the reference).

So put on Sophie’s boots and read on. Wait…what are Sophie’s boots, you ask? It is a reference to Howl’s Moving Castle by Dianna Wynne Jones;  a story about this young girl called Sophie Hatter who, on being cursed by a witch, turns into an old woman.

She finds herself in the castle of Wizard Howl and decides to appoint herself as the new house help. In due course, she finds a pair of boots. But these are no ordinary boots! These are magical and can cover a great distance with a single step and I’m talking about miles, perhaps even an entire city.

Don’t you wish you had such boots? Just imagine the possibilities. You would be able to visit any place you ever wanted. Exciting, isn’t it?

While those haven’t been invented yet, think of this blog as a pair of virtual magic boots that will take you to faraway places in an instant. You can be certain that books can add a dimension to your travels that enrich your experience many times over.

Ignite your wanderlust with our must-read list of famous travel-inspired novels, across different genres, that can transform a bookworm into a travel bug.

Dan Brown is known for placing his stories in different locations around the world. Mixed in with the lure of mythology, we’re transported back in time, superimposing images of histories past on to modern day monuments that stand testimony to them.

Imagine the plight of protagonists Robert Langdon and Vittoria as they deal with the death of her father and the conspiracy surrounding it.

Get immersed in the knowledge that comes cascading down on them, giving them clues to save their lives.

The richness of the treasures at the Vatican, the enchanting beauty of the Piazza Navona, the majesty of ancient monuments, are all more than capable of arousing an incurable wanderlust.

The Percy Jackson and the Olympians, Heroes of Olympus, The Kane Chronicles and other works by the author are a fount of information on the various mythologies of the world.

An urban fantasy series, the books are an eclectic mix of old world mythology with modern renditions of the pantheon. The events take place in monuments around the world.

Delve into the worlds of Roman Architecture, Greek myths, Egyptian monuments along with the contemporary technology of the real world.

Visiting these places will never be the same once you’ve read the books. Each place will have a memory and a story attached to it and that makes it so much more poignant.

3. The Alchemist by Paolo Coelho

The Alchemist follows the travails of Santiago through the locales of Andalusia and onward to the Pyramids in search of treasure.

One of the most loved books in the world, Santiago’s journey has caught so many readers’ imaginations that they can’t help but harbour a desire to experience his expedition through their own eyes.

4. The Mandala of Sherlock Holmes by Jamyang Norbu

After Holmes’s assumed death from falling off a cliff, he finds his way to India and Tibet. Once more, he clashes with his nemesis in the unlikeliest of places.

His journey draws us in like a moth to a flame, drawing vivid pictures of the cold and remote beauty of Tibet and the quaint life of people in the Himalayas.

Your favourite detective was enchanted with the mystique of the mystics in Tibet, and if you have the courage for it, you can explore that mysticism too.

5. The Best Of Ruskin Bond

The Best of Ruskin Bond comprises a collection of much-loved stories know for their simplicity and poignancy. The stories are set in scenic and mountainous locations like Mussoorie, Rishikesh and Dehradun. The more famous touristy spots are left to the travel magazines.

Ruskin Bond takes you on a trip to little-known places in the Himalayan valleys of Mussoorie and Dehradun. These otherwise unnoticed locations are introduced to the reader in an endearing manner. The beautiful descriptions make you long to visit these places for yourself and lose yourself in their charm.

Ruskin Bond himself is often to be found at the Cambridge bookstore in Mussoorie, where he loves having conversations with fans. He is known to be extremely down-to-earth and humble so your trip will be rewarding in more ways than one.

Wings is my favourite Danielle Steele novel and I found myself perusing its pages more than once, or at least a hundred times.

Pat O’Malley prayed hard for a son who would be a pilot like him. However, the answer to his prayers was Cassie O’Malley with her natural instinct and talent for flying matched with sheer daredevilry.

From her humble beginnings to being America’s sweetheart and hero, her journey is fascinating and colourful.

The deserted field that was her father’s airstrip near Chicago to the glitz of California to an island with no escape, Cassie sees it all. The pleasure she feels at flying makes the reader want to be a passenger on her plane, if not fly to all the places she has been.

7. The Eleventh Commandment by Jeffrey Archer

Chief assassin, Connor FitzGerald, from a secret, off-the-record department of the CIA is set up to die so that CIA director, Helen Dexter, does not take the fall for ordering unsanctioned assassinations. The so-called mission takes FitzGerald to Russia, where he lands in jail.

He manages to escape with the help of a friend who tenders a deal with the Russian Mafia. Even after he’s free, he tries to complete his assignment as he is convinced that it was ordered by the President.

His struggle to get back to his family and protect them takes him hopping to diverse places around the globe. I was most fascinated by the chapters revolving around the Redskins and the Cooke stadium (now called the FedEx stadium).

While I’m not fundamentally a football fan, I found this place intriguing because of the events that take place here. It is a place steeped in history and emotion. For some reason, it has stuck in my mind all these years and I definitely want to visit it sometime.

Heidi is one of the classics that many of us grew up with. Right from the beginning, I fell in love with this picturesque tale for its colourful descriptions of life on the stunning Swiss Alps.

Heidi is a little girl who grows up with her recluse grandfather, tending two goats high in the mountains. She’s plucked from her beloved home by a twist of fate, which takes her to the city of Frankfurt. Despite the luxuries of a city, Heidi misses her home in the Alps. Who wouldn’t?

The gorgeous sunsets over the Schesaplana and Falknis, the greenery, the whispers of the fir tree, cries of the eagle and the riot of flowers are too beautiful to trade for buildings, roads of concrete and unforgiving housekeepers.

Heidi’s own innocent view of the world, love for goat cheese and her absolute zest for life are infectious and make the Swiss Alps a very attractive option for any wannabe explorer. In fact, there is a place called Heidiland in Eastern Switzerland based on the locations in the book. You can even follow a Heidi path to a Heidi hut! Can it get any more enchanting? I don’t think so.

Set in the background of impending World War II, the ultra-luxurious ship Normandie sets sail from Washington DC to France. Liane De’Villiers accompanies her husband Armand, who is the French ambassador to the US.

On the trip, she befriends Nick Burnham, an American steel industrialist, and encounters his wicked wife Hillary. Isolated from land and ocean for miles, the atmosphere on a cruise shape takes on a different and enchanting hue.

We get a peek into this alternate realm of life aboard a cruise ship that makes you long to experience it for yourself.

Neverwhere is a fantasy novel by the inimitable Neil Gaiman. Personally, it is my favourite of all of his remarkably imaginative works. The novel follows Richard Mayhew who, by a quirk of fate, finds himself in London Below, where all the misfits and the forgotten of London dwell.

London Below has a culture and rules of its own and Richard must navigate its danger-ridden alleys to get back his old life, because once you have seen London Below, you are invisible to everyone in London Above.

It adds an extra bit of intrigue and mystery to one of the world’s most famous cities. I imagine it will be fun to walk the streets of London and wonder if your favourite characters still roam around in London Below!

11. The Drifters by James A. Michener

Set in the hedonistic and troubled period of the Vietnam era, against exotic backdrops including Spain, Morocco, and Mozambique, this novel weaves together the heady dreams, shocking tribulations, and heartwarming bonds of six young runaways who converge in the Mediterranean resort town of Torremolinos, Spain.

This becomes a reference point for the characters as they travel, allowing us a fascinating look at these places, so well described that it cannot fail to ignite wanderlust in its readers.

Of course, in the decades since, life has changed in places like Torremolinos, that were described so evocatively in the novel. But most readers can relate to the longing it evokes, of trying to find oneself in a new land, amidst strangers who end up becoming family.

So, now that you know you’re spoilt for choice, are you ready to read with your travelling boots on? We’d love to know which books you choose and why. 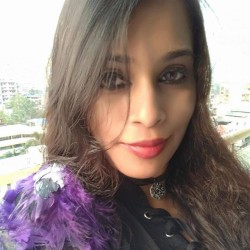 Sophia Dayne-Eccleston
Sophia of House Wordsaryen, The First of her Name, the Unusual, Keen of Ideas, Concepts and the First Draft, Writer of Fantasy Fiction Stories, Worden of Creativity, Dabbler of different Writing Forms, Queen of procrastination, Lady Author of Fantastories, Breaker of Rules and Proud Hufflepuff.